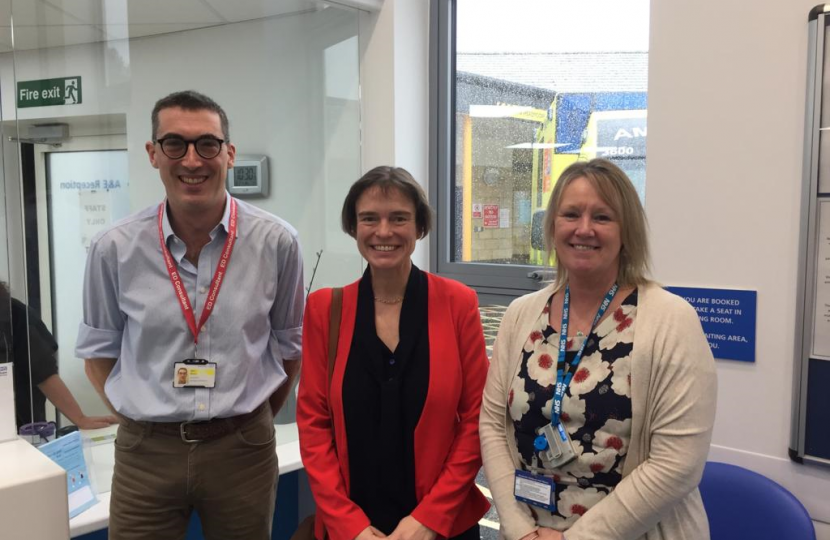 The Prime Minister has confirmed plans for 40 new hospitals, including one in North Devon set to be built by 2030. Funding will be increased from £2.8 billion to £3.7 billion to help deliver on the Conservatives’ election pledge.

Welcoming the news, local MP, Selaine Saxby, said that it proved the Conservatives were delivering on people’s priorities.

The funding allocated to North Devon will be used to transform our healthcare services with a new, state of the art hospital.

This Conservative Government has made investing in the NHS a key part of its plans to build back better after coronavirus. It has already:

“I was proud to be elected at last year’s election to deliver on the people’s priorities, such as investing in the NHS.

I am thrilled that a new hospital will be built in North Devon – showing that, despite a challenging year, this is a Government which won’t be blown off course and will deliver on its promises to the British people.

We have a huge opportunity now with long term investment into our NHS to level up and delivering lasting change. I look forward to working with the North Devon Healthcare Trust as they start putting plans into place.”