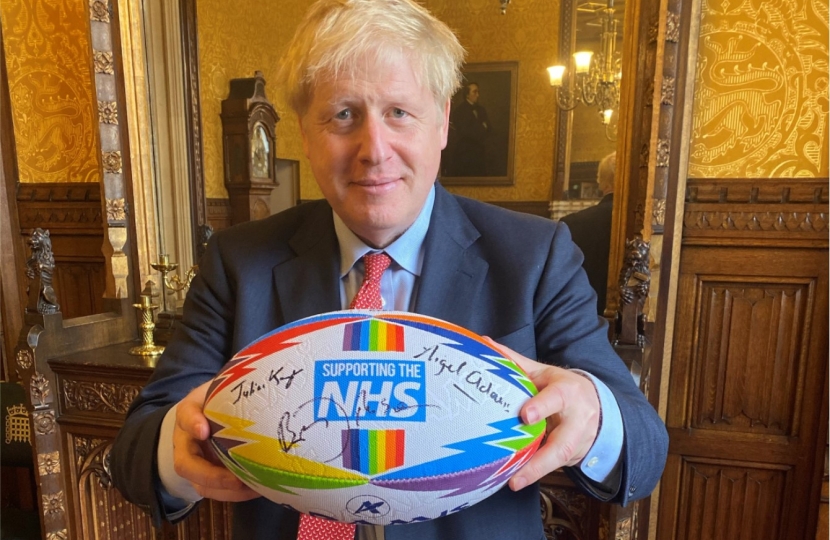 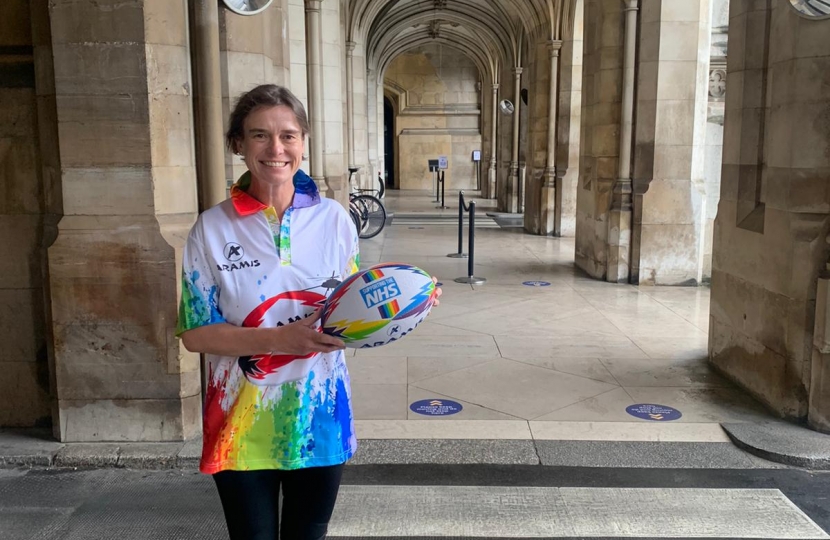 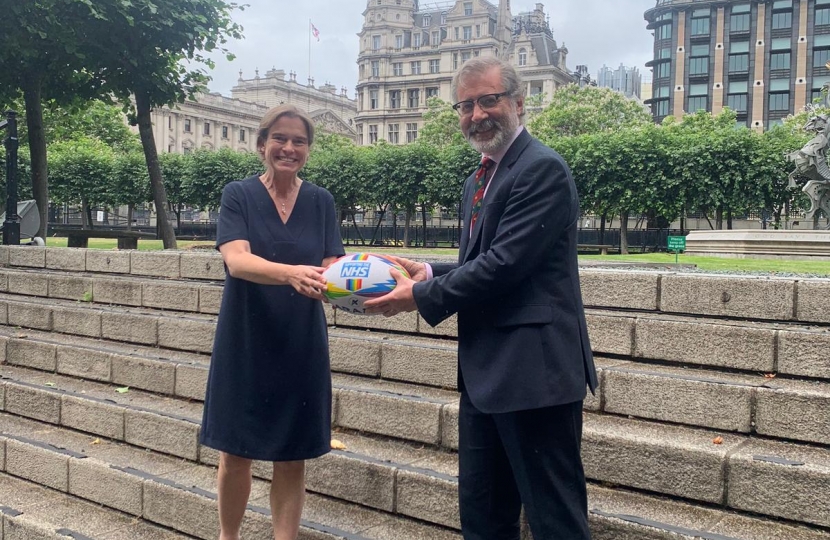 The Prime Minister, Boris Johnson MP, along with many other MPs including the Secretary of State for Health, Matt Hancock, has signed a rugby ball produced by Aramis Rugby of South Molton to support local healthcare charities Over and Above and the North Devon Hospice. The balls, along with matching rugby shirts, were designed by 10-year-old Ryan Mahajan from South Molton who wrote to the Prime Minister personally to ask for his support for the campaign.

The nation owes itself to our frontline health workers. Aramis Rugby is doing its bit for the community and is grateful to our local MP, Selaine Saxby who has been so supportive of the cause right from the beginning and has taken keen interest in the development of local businesses like ours.  It is a tremendous boost to learn that the Prime Minister has acknowledged the efforts of Aramis Rugby and has even made the effort to photograph himself with our rugby ball!

Last year we put South Molton in the news by creating a Guinness World record for the largest rugby ball and now this recognition by Boris Johnson to a local business based in South Molton has once again put North Devon in the limelight. It is very kind of the Prime Minister to take out time to help a 10-year-old boy to raise money for charity and I hope lots of people will now buy these rugby products and help to raise even more funds for our healthcare heroes.

Thank you Mr Prime Minister for supporting me in raising funds for our healthcare superheroes. You noticing my efforts is very encouraging for me. You are the best Prime Minster and thank you for taking care of our country during coronavirus.”

One day I will join in serving the UK

The signed rugby balls will be available at a later date for auction but you can buy one of the limited edition rugby shirts and rugby balls from https://www.aramisrugby.co.uk/charity with every penny made being split between the two North Devon charities in support of their work with the NHS – Over and Above and the North Devon Hospice.

Selaine Saxby, MP for North Devon, said of the initiative:

Ryan’s mother Roshni Mahajan, the Sales and Marketing Director of Aramis Rugby, contacted me back in May with Ryan’s plan. I was more than happy to help and suggested that any money raised we should keep local and I am glad to see that two great local charities benefit. I have been, while socially distancing, collecting signatures from MPs, Ministers and the Prime Minister so that at a later date we can auction these items. Please get involved and get your own brightly coloured rugby shirt and ball.