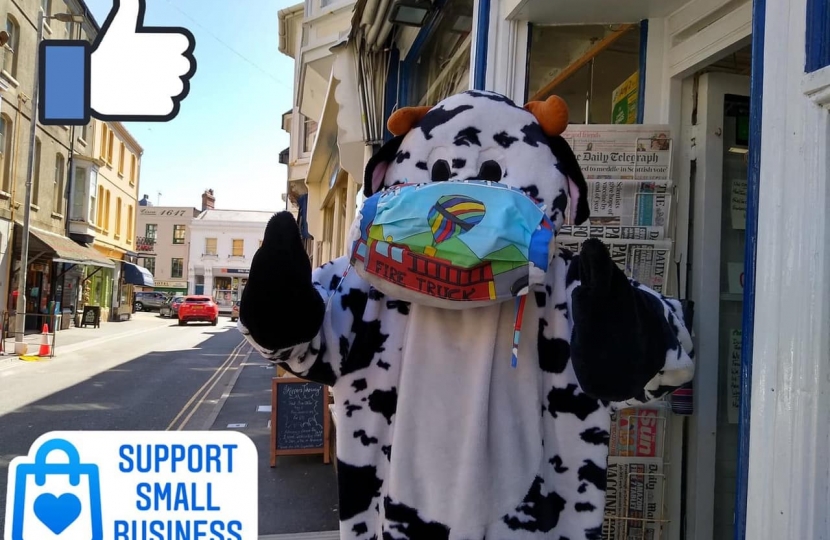 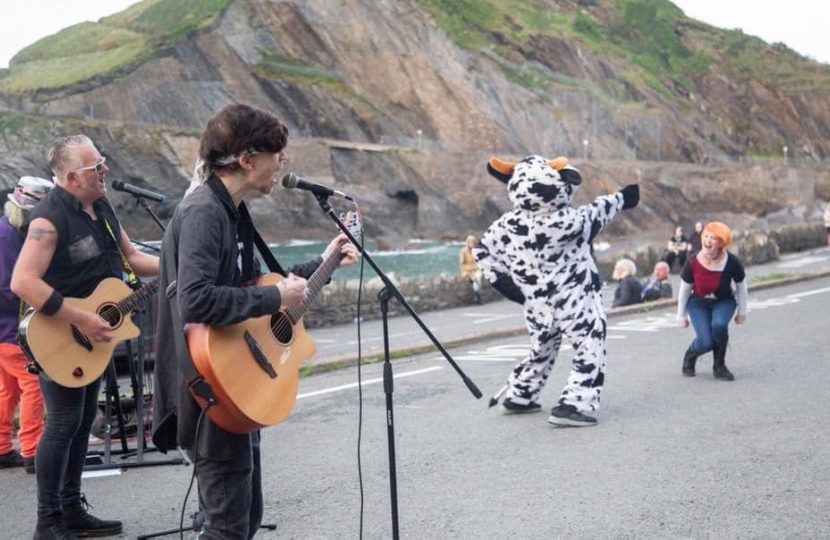 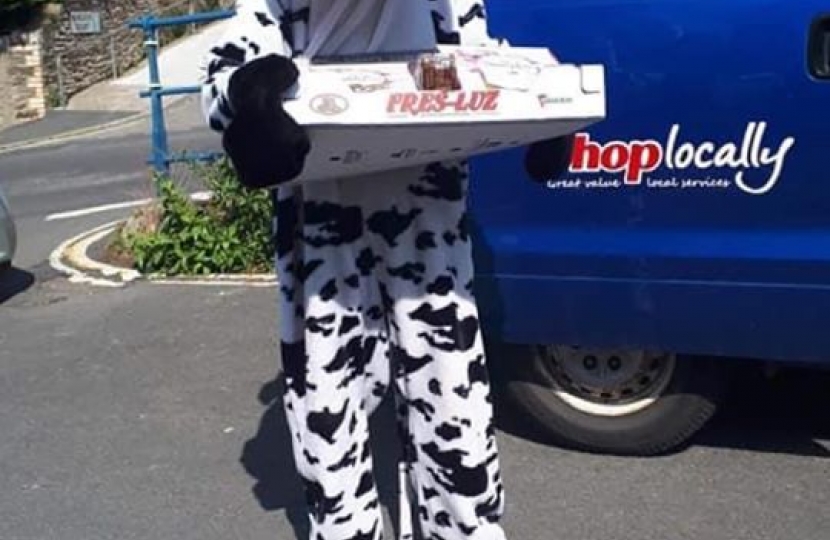 The mascot of St James Dairy in Ilfracombe, Murgatroyd has been spreading joy and happiness around the town as he dances along to classic disco hits while delivering vital supplies to residents during the lockdown. Videos of Murgatroyd’s dance moves have gone viral on social media and have brought a smile to the face of many during this difficult period for all of us.

“I want to nominate Murgatroyd from St James Dairy because he has brought such happiness to everyone in Ilfracombe and the shop have been amazing in supporting people during the lockdown and providing supplies to everyone.

Delivering supplies to people all over the town is not easy with our hills and then dancing along to the macarena or ABBA while doing it shows real commitment. I know some people have found it really tough to stay positive but Murgatroyd has put a smile on everyone’s face”

“We have told Murgatroyd about the award and he was over the moon. He would love to accept the award thanks! As you will see from our Facebook page we have been receiving many positive comments with regards to our a Happy Dancing Cow, Murgatroyd. It has brought a lot of pleasure to both young and old who have enjoyed meeting Murgatroyd. Social distancing of course being obeyed and joining in with him and dancing along. Murgatroyd was the shop mascot and when lockdown came into effect Murgatroyd was keen to get involved and deliver to those self-isolating. Since this he had become quite a local personality. Thank you.”

“It has been wonderful to follow Murgatroyd’s antics on social media, brightening up people’s spirits in Ilfracombe. I want to pay tribute to Murgatroyd and the whole St James Dairy team who have been working hard, like many other shops in North Devon, to keep people stocked up with supplies during the pandemic.

I have been blown away by the adaptability of North Devon’s small businesses to the challenges they have recently faced, especially those like St James Dairy who have gone above and beyond to provide services that not only are a lifeline for many, but also spread positivity and happiness at the same time.”

Murgatoyd has truly been a shining light to the people of Ilfracombe with his dance moves and commitment to the community, and I was pleased to see he has even been encouraging shoppers to wear a face covering with one of his own. I could not think of a better example of a Point of Light. Thank you Murgatroyd and the whole St James Dairy team, and Congratulations, you are very deserving of this recognition”

This will be the last Points of Light award to be handed out weekly, future awards will now be awarded on a monthly basis. However, nominations continue to remain open so if you know someone who deserves a Point of Light in your community, please get in touch with Selaine at selaine.saxby.mp@parliament.uk with your reason for nomination, a picture and some contact details.