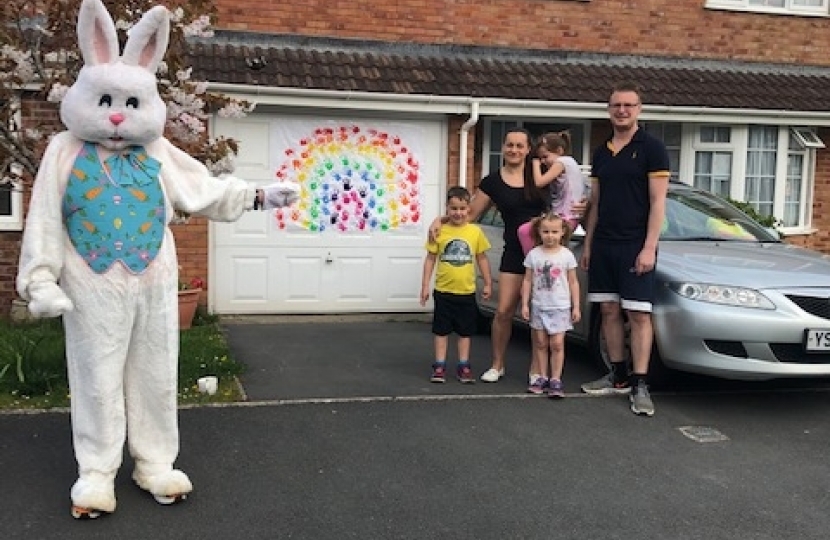 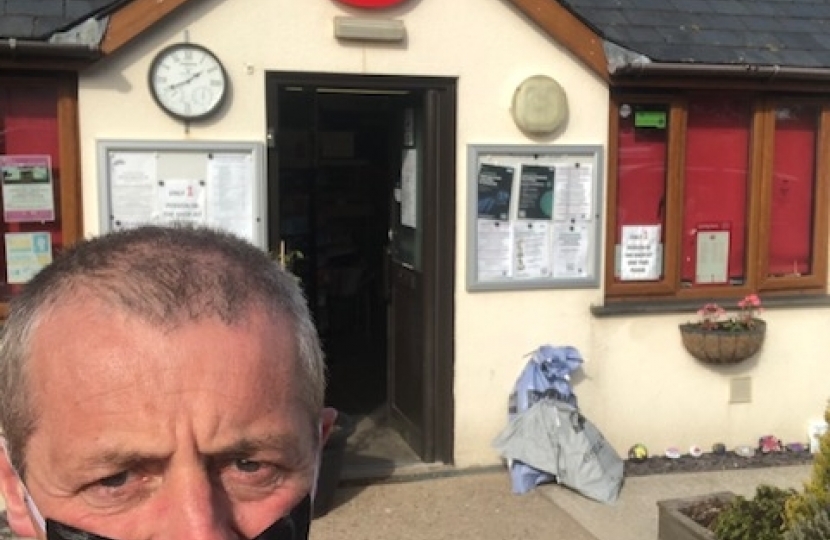 Frank has been part of a team of people who have lead the community efforts through the Fremington Support Through COVID-19 group during recent months in Yelland and Fremington, where Frank lives and represents at both district and county council levels.

As a postie Frank has also continued to carry out his delivery rounds which has been vital in making sure things carry on being delivered. Many have relied on the post over the past few months and Royal Mail and their army of posties have been working hard to keep deliveries going, when there has been so much uncertainty.

In their nomination, a fellow resident said:

“Frank has been fantastic in supporting the residents of Fremington recently. He has been coordinating volunteers, produced really helpful leaflets, he’s provided council updates on social media and all this time has carried on being a postie doing his regular round. Frank truly is a point of light and I think should be recognised for it.”

In accepting the award Frank said:

“I don’t know what to say, I am clearly delighted to have been nominated for the award but feel it is a bit unfair to single me out in what has truly been a community effort to support the residents in Fremington and Yelland.

In particular, I would like to pay special mention to Gareth and Joanne Chapman, who set up and co-ordinated the Fremington Support Through COVID-19 group. They spent hours of their time every day for weeks finding volunteers to shop and collect prescriptions for those most vulnerable and in need of support. They were inundated with offers from people wanting to help.

Myself and fellow councillor, Jayne Mackie, had leaflets delivered to every household in the area to ensure that those not using social media, did not go under the radar.

So whilst I would be honoured to accept the award, I do so on behalf of all those who have played a part in making our community the fantastic place that it is.”

“I believe Frank is more than deserving of this award. His dedication to his community is outstanding and deserves to be recognised.

I also want to take this opportunity to thank all of our councillors, at parish, district and county level who I know have worked tirelessly to support their villages and towns. In the first few days of this pandemic it was councillors, of all political colours, that people looked to to get support for a whole range of things, and it wasn’t long before they stepped up and founded a support group in nearly every town, village and hamlet in North Devon. Thank you.

Congratulations to Frank, thank you also to Gareth and Joanne Chapman, Cllr Mackie, and all the volunteers in Fremington and Yelland who have again shown what North Devon is truly made of.”

If you know someone who is worth nominating as a Point of Light in your community, please get in touch with Selaine at selaine.saxby.mp@parliament.uk with your reason for nomination, a picture and some contact details.