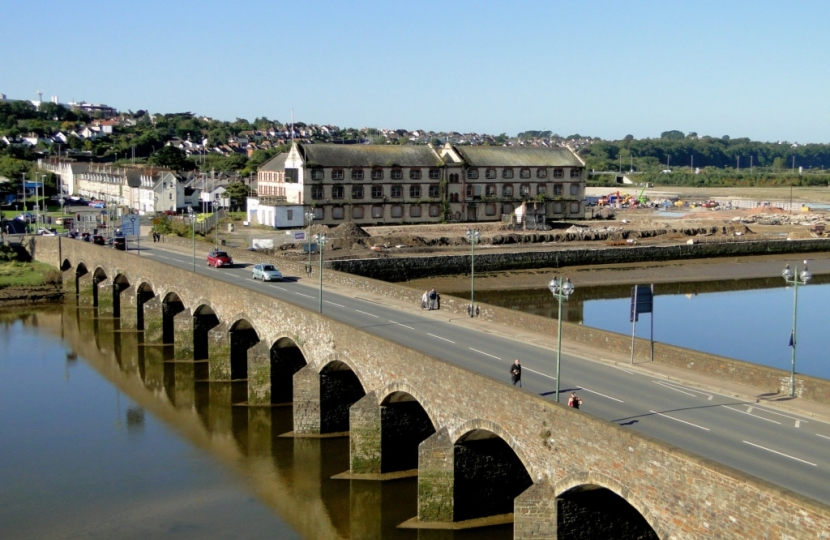 The news about the withdrawal of support from North Devon Council is disappointing. Lending my support originally was due to the assurances that the scheme could be withdrawn swiftly if traffic levels increased significantly, and that the initial trial would be a short one.

I had made my support of the temporary Longbridge closure contingent that North Devon Council was also in support. If they no longer wish to move forward, then I am afraid that I can no longer support it.

This U-turn unfortunately highlights the difficulty we have in North Devon of several layers of bureaucracy which can be detrimental to ambitious planning trials and schemes such as this, which could improve our local area. There are too many levels of local government and a lack of joined up thinking and ambition. The coronavirus pandemic has shown over the past few months, the excellent work of our local officials who have gone above, and beyond to help protect our community. However, we often have discord between councillors and council officers, often within the same party or across different tiers, we have in contrast seen the unity and clarity of thought and vision in local governments elsewhere. What we have seen here is not good enough.

Many have welcomed the idea, but I can see that a considerable number of people were very much against any temporary closure.  Whilst there have been serious misunderstandings about what it would have achieved, what effect it would have had or what it was even for, I am sure that many people will be relieved that it is not going ahead.

It is however a missed opportunity. Climate change is still something we must tackle, and while this scheme was only temporary and about making a safe space, it would have shown how serious we are. We need to be bold and brave and look to the future of Barnstaple town centre. For some time, there has been talk of regenerating Barnstaple, making it more river facing, pedestrian and cycling friendly, and a place where people can socially gather and live. This temporary scheme would not have achieved that, but it would have shown a willingness that this is what we want and that we need funding to make it happen.

As we look to the future, we must look at ways we can work together to regenerate our towns, to level up, and ensure they are fit and safe for future generations.