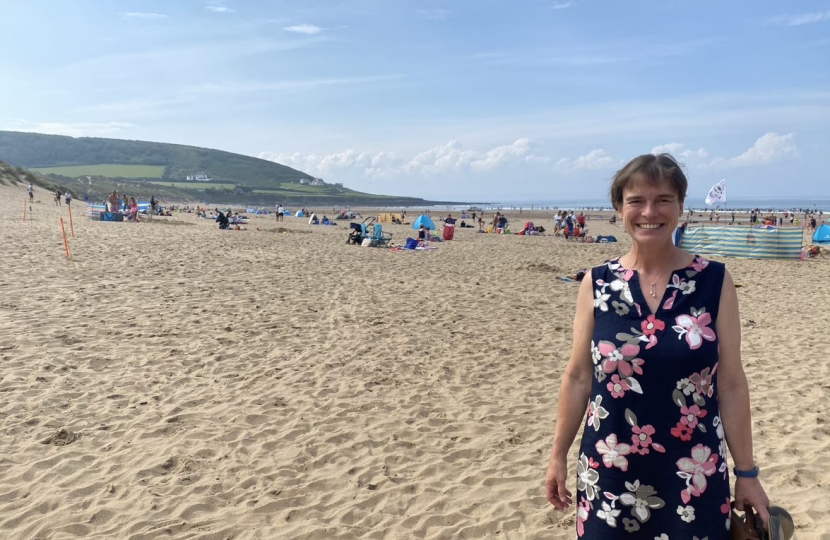 Measures to reduce sewage discharges from storm overflows will be put into law, the government confirmed today, as part of an ambitious agenda to build back greener from the pandemic.

During wet weather, storm overflows act to prevent sewers becoming overloaded with a combination of sewage and rain and release diluted wastewater into rivers. However, their use has increased in recent years as climate change has led to greater rainfall and water infrastructure has not kept pace with population growth.

Reducing the reliance of water companies on storm overflows is important to help cut pollution in waterways, and earlier this year the Government announced it was working with Philip Dunne MP on shared ambitions to tackle high levels of sewage in our rivers, following the introduction of his Private Member’s Bill in 2020.

This ambition has now been turned into action, with the government confirming that a number of key policies will be made law. This will create three key duties to oversee some of the changes needed to improve our water environment:

This builds on the work already underway by the Storm Overflows Taskforce, set up in September 2020 to bring together government, the water industry, regulators and environmental NGOs to accelerate progress in this area.

Through the Taskforce, water companies have committed to increase the number of overflows they will improve over the next five years. This means a further 800 overflows will be investigated and nearly 800 improved between 2020 and 2025.

The government expects to consult on potential options for ways to eliminate harm from storm overflows to take forward later this year.

“This is great news for North Devon - we are introducing new laws to reduce sewage discharge into our waterways.

As someone who loves surfing and is regularly on our lovely beaches, I am all too aware of the horrible impact of inappropriately discharged sewage from storm overflows.  Pollution in our waterways is not just unsightly, it is also extremely damaging to our natural environment and to the many animals that thrive there.

These new laws will require the Government to publish a plan on reducing sewage discharge into waterways, oblige it to report to Parliament on progress implementing the plan, and necessitate water companies publishing data on storm overflow operations on an annual basis.

I was eager to support Philip Dunne and his Private Members Bill and am delighted that it is been brought in and incorporated to enhance the proposed Government legislation.”

“Putting new commitments to improve our rivers into law is an important step forward to cut down the water sector’s reliance on storm overflows.

“This step is one of many – but an important one nonetheless – to provide greater protection for our water environment and the wildlife that relies on it.

“I would like to thank Philip Dunne for his commitment to championing this vital cause as we continue to work with him and others to make real progress in this area.”

Philip Dunne, MP for Ludlow and Chair of the Environmental Audit Committee, said:

“I introduced my Private Members Bill to help tackle the scourge of sewage discharges polluting our waterways. Due to the impact of the pandemic on the Parliamentary timetable, I have been working to encourage the Government to adopt the key principles of my Bill.

“I am delighted that the Environment Minister has honoured her pledge to seek a legislative route to give effect to the main objectives: from the Government updating Parliament on the progress it is making in reducing sewage discharges, to placing a duty on water companies to publish storm overflow data. Today’s commitment by the Government means all the hard work with campaigners and colleagues in Parliament over the past year is not wasted and we shall work in the next session to find the best route to turn this into statute.

“The Environmental Audit Committee is also holding an inquiry at present into measures to improve the water quality of our rivers, so I am also looking forward to  the recommendations which emerge being able to inform the next stage of the Government’s work to improve water quality.”

“We all have a responsibility to protect our water environment and I am pleased to see government accelerating the delivery on its pledge to drive further improvements and reduce the reliance of the water sector on storm overflows.

“While storm overflows play an important role in not overloading our sewers, it is vital that water companies strive to keep their use to an absolute minimum. Our changing climate will put more pressure on our drainage network so it’s great to see this commitment to action.

“We look forward to working with the government, the Taskforce and Philip Dunne MP to bring about the urgent changes needed to protect our precious water environment so we can enjoy clean and healthy rivers for generations to come.”

While today’s announcement sees the government take a leading role in driving forward the action needed to enhance the health of our rivers, the work of the Taskforce so far has also highlighted the importance of close collaboration - across government, industry, businesses and the public at large - to eliminate harm from storm overflows given the scale of the challenge and the time it will take to achieve.

“We welcome this further announcement from the government, which includes legal duties on the government and water companies. We look forward to understanding specific details on how this legislation will be introduced.

“Delivering a plan will require contributions from the whole of society, in particular landowners, housing developers, highway constructors and homeowners, to divert clean water away from sewers.  People also need to play their part by not flushing oil, sanitary products, nappies and other unflushables down drains and sewers where they cause blockages.

“This concerted action needs to be driven by the government with legislation and funding for infrastructure and public education. We are delighted that Philip Dunne’s Private Member’s Bill, which The Rivers Trust has supported from the outset, has led to this step change.”