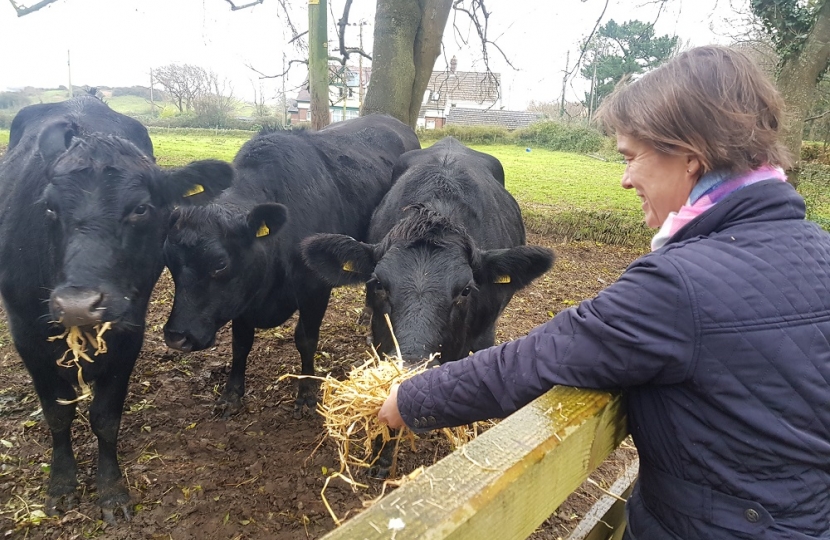 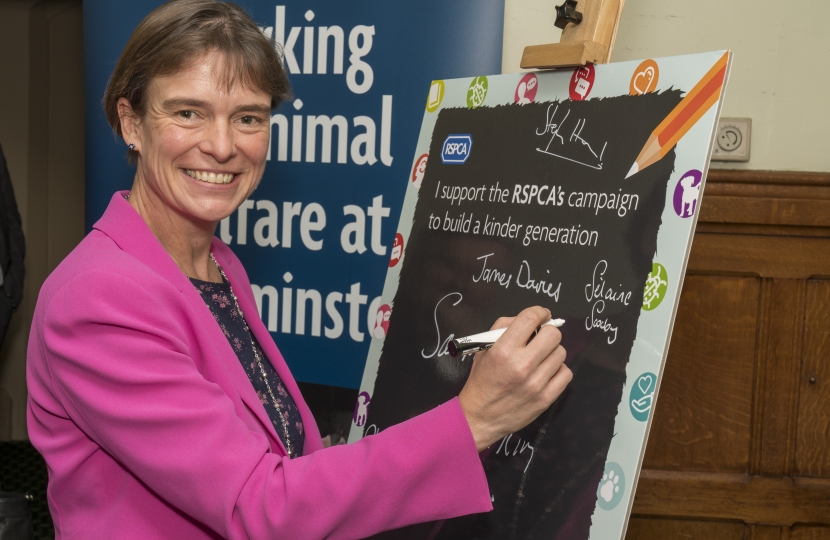 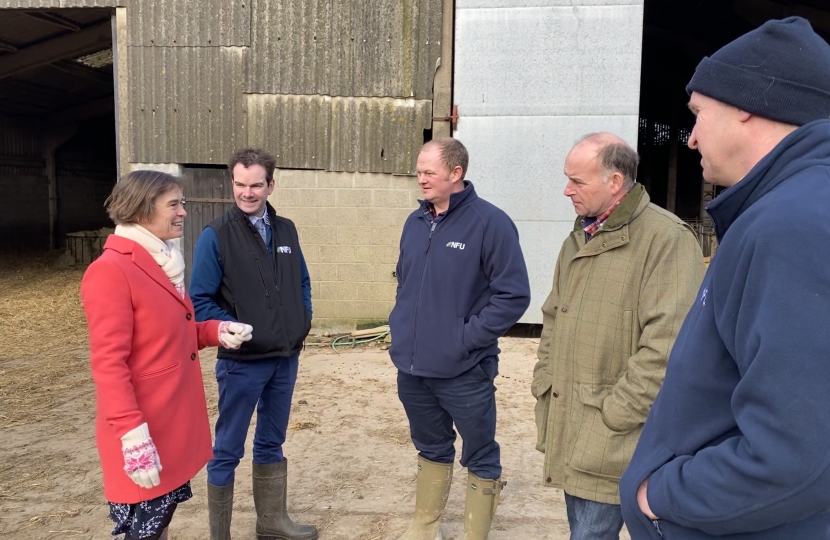 Bats and the Environment Bill

The Bill will also require the preparation and publication of Local Nature Recovery Strategies, mapping nature-rich habitats, so that investment can be targeted where it will make the most difference. The Government will provide data, guidance, and advice, but these local plans will embrace local knowledge to strengthen links between neighbouring communities and support the wider Network.

The Office for Environmental Protection (OEP) will scrutinise Government policy to ensure the environment is at the heart of decision making. Crucially, it will have the power to run its own independent investigations and enforce environmental law, including taking government and other public bodies to court where necessary. I believe that it is vital we have the required protections and mechanisms in place to protect our wildlife.

I can assure you that food and animal welfare standards will not be reduced in the pursuit of trade deals. Our manifesto commits us to maintaining and defending our high standards of food safety, animal welfare and environmental protection as we embark on our trade negotiations from around the world. Any future trade deal must work for British farmers and consumers. Legislation has already been passed which will mean EU standards on food such as chlorinated chicken have come into UK law. EU regulations on hormone-treated beef are already part of UK law. These prevent the use of growth hormones in imports and domestic production.

The Government has published its mandate for the trade negotiations between the UK and the US, and it makes clear that we will not compromise on our food, environmental, or animal welfare standards. I will ensure that the interests of our farmers in North Devon are protected because we cannot afford to undermine what is an essential sector for North Devon.

In the 25 Year Environment Plan, the Government committed to developing a Nature Recovery Network and, in the long term, to create or restore 500,000 hectares of wildlife-rich habitat outside the protected site series. The Bill will also require the preparation and publication of Local Nature Recovery Strategies, mapping nature-rich habitats, so that investment can be targeted where it will make the most difference.

I believe that the irresponsible use of the whip is completely unacceptable. The British Horseracing Association (BHA), the governing and regulatory body for the sport, requires that whips used in horse racing must be used responsibly, for safety reasons and only to encourage the horse.

The BHA policy on the whip was drawn up in consultation with animal welfare groups, such as the RSPCA and World Horse Welfare. The latest rules include a threshold on the number of times the whip can be used before racing stewards can consider an inquiry. If the rules are broken, the jockey may be banned from racing for a certain number of days depending on the seriousness of the offence.

In addition to sanctions from the sport, using the whip indiscriminately on horses could lead to a prosecution under the 2006 Animal Welfare Act, which makes it a criminal offence to cause unnecessary suffering to any animal. I would encourage anyone with evidence that a racehorse has suffered unnecessarily from being whipped to report it to the local authority.

I therefore believe that the provisions of the 2006 Act, coupled with the BHA’s rules on the use of the whip, provide adequate protection for racehorses.

All animals should be treated with thought and care. Trophy hunting involves pursuing another animal in conditions which causes stress, fear and pain, with hunters killing as a form of entertainment, not for food, to control pests or to protect other species.

I cannot see a justification to defend hunters who kill an animal which has been bred in captivity for the specific purpose of being hunted for entertainment. I believe action is needed to stop this sort of exploitation. I am therefore pleased that the Government has launched a consultation on options to restrict the imports and exports of hunting trophies to the UK - including a potential ban.

This consultation, alongside a call for evidence, will allow ministers to understand the public’s views on all sides of the debate and gather expert evidence to inform any next steps. It will run until the 25th February 2020 and you can take part, should you wish, by visiting https://consult.defra.gov.uk/wildlife-management/trophy-hunting-consultation/.

Nature and the Agriculture Bill

The decision to leave the European Union has created an historic opportunity to deliver a green Brexit, where environmental standards are not only maintained but enhanced.

The Agriculture Bill will enable a balance between food production and the environment which will safeguard our countryside and farming communities for the future. The Bill sets out how farmers and land managers in England will be paid public money for “public goods,” rewarding them for the work they do to safeguard our environment. This will help our country meet crucial goals on climate change and protecting nature and biodiversity.

In addition, the Environment Bill will place environmental ambition and accountability at the heart of Government. Legislative measures will be introduced to address the biggest environmental priorities of our age, including nature recovery, ensuring we can deliver on the commitment to leave the natural world in a better condition than we found it. A new framework for Local Nature Recovery Strategies will be legislated for in the Environment Bill, to help support the Nature Recovery Network and better direct investment in the environment and green infrastructure – creating places that are richer in wildlife and provide wider benefits for local communities.

I am enthusiastic about promoting sport and recreation in the countryside, and understand the positive benefits outdoor activities can have.  However, I am also mindful of the rights of communities and people who live or work on land adjoining water and so we must seek to maintain this delicate balance between the rights of all parties.

I therefore support continuing to use local, voluntary agreements to increase river access for walkers, swimmers and non-powered craft.  The rights of other users, as well as protection for wildlife and the environment, are important considerations. These sensitive issues can best be dealt with at a local level rather than through a one size fits all approach decided in Westminster.

I share your concern about the health of our rivers and I am glad we have made good progress.  More than 5,300 miles of rivers have been improved since 2010.This means our rivers are in the healthiest state for 25 years with otters, salmon, sea trout and other wildlife returning to many rivers for the first time since the industrial revolution.

As well as this, since the water industry was privatised, around £25 billion has been invested to reduce pollution from sewage, covering improvements in sewage treatment and in sewer overflows keeping our rivers clean.

I am in favour of strict targets on air pollution and ours have been described by the WHO as ‘an example for the rest of the world to follow’. The Government’s Clean Air Strategy aims to cut air pollution through new primary legislation. The Strategy details how the UK will go much further than the EU in reducing particulate matter pollution. It sets out to halve the number of people living in areas with high concentrations of particulate matter and it will mean legislation to give councils more power to improve air quality and ensure that only the cleanest domestic fuels and stoves can be sold.

The Environment Bill will build on this Strategy, and highlight our drive to go further to clean up our air. The Bill will set ambitious, legally-binding targets to reduce fine particulate matter and these targets will be among the most ambitious in the world, improving the quality of millions of people’s live.

Thank you very much for contacting me about the Animal Welfare (Sentencing) Bill.

I completely agree that we need to have the right legislation in place to ensure that those who are cruel to animals or who neglect their welfare are properly punished. The UK is a country of animal lovers and MPs must reflect that when making decisions. I am therefore happy to say that the Government will introduce legislation to increase the maximum sentence for animal cruelty to five years imprisonment.

This is on top of a number of other animal welfare measures such the ban on the use of animals in travelling circuses, passed last year. Moving forward, consultations are being set up to look at banning long journeys for animals being transported for slaughter and further restrictions on the trade in hunting trophies.

Friends of the Earth

I can absolutely assure you that climate change is at the forefront of my decision making and I am in favour of rapid cuts to carbon emissions. I want to continue the progress we have made thus far (a 25% reduction in carbon emissions over the past nine years) and redouble our efforts so that the planet is in a fit state to be passed on to future generations.

Putting the net-zero by 2050 target into law marked an important moment and showed just how far we have come as a country in forging a strong consensus behind climate action. I am concerned, however, that 2050 might be too late and I will be liaising with Ministers to explore whether we could achieve net-zero sooner.

I believe the best approach to stemming the flow of plastic is by taking action on land. The UK’s world-leading ban on microbeads will help stop potentially billions of particles from entering our seas every year, and over 15.6 billion fewer bags have been issued since the introduction of the plastic bag charge in 2015. I am also pleased that following an open consultation a ban on the supply of plastic straws, excluding those needed for medical purposes, plus drinks stirrers and cotton buds will come into force next April.

Since water privatisation, around £25 billion has been invested to reduce pollution from sewage, covering improvements in sewage treatment and overflows. In England, between 2015 and 2020, water companies are investing over £3 billion to improve their sewerage infrastructure. It is also encouraging to see tough enforcement action when things go wrong, as with the unprecedented fine of almost £20 million levied against Thames Water in March 2017 in response to six cases of avoidable sewage pollution.

I am pleased that 41 new Marine Conservation Zones have been created. The UK now has 355 Marine Protected Areas of different types, spanning 220,000 square km. No new activities deemed damaging may take place in these areas and existing harmful activities will be minimised or stopped to allow important habitats to recover.

A review has now been launched into whether and how Highly Protected Marine Areas, the strongest form of marine protection, could be introduced in English seas. This will help inform the Government’s work to expand and strengthen the UK’s Blue Belt to create richer habitats for marine life.