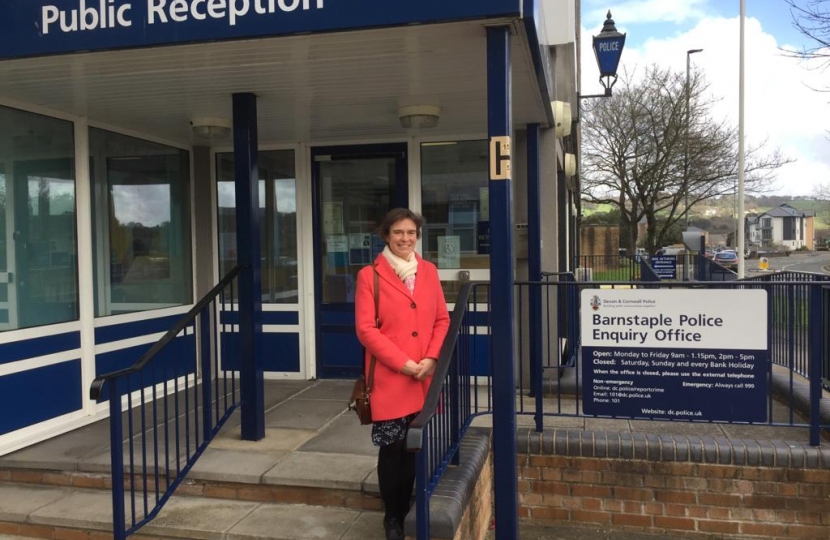 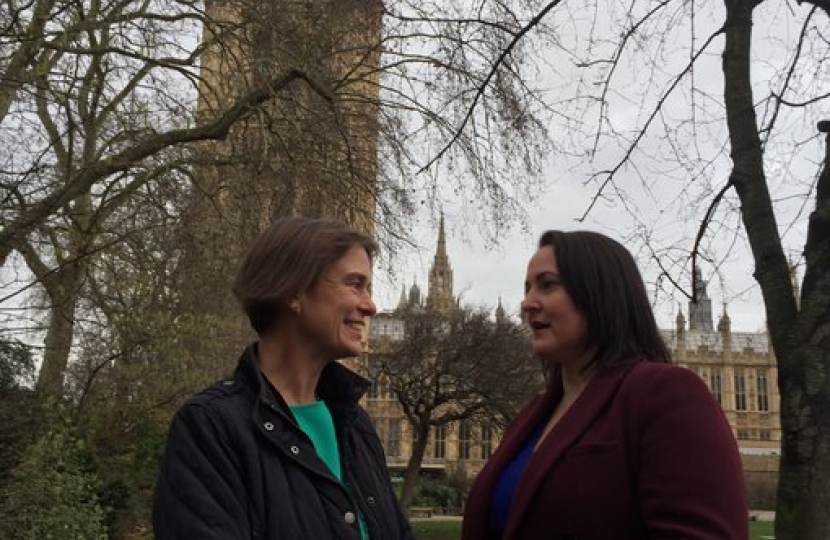 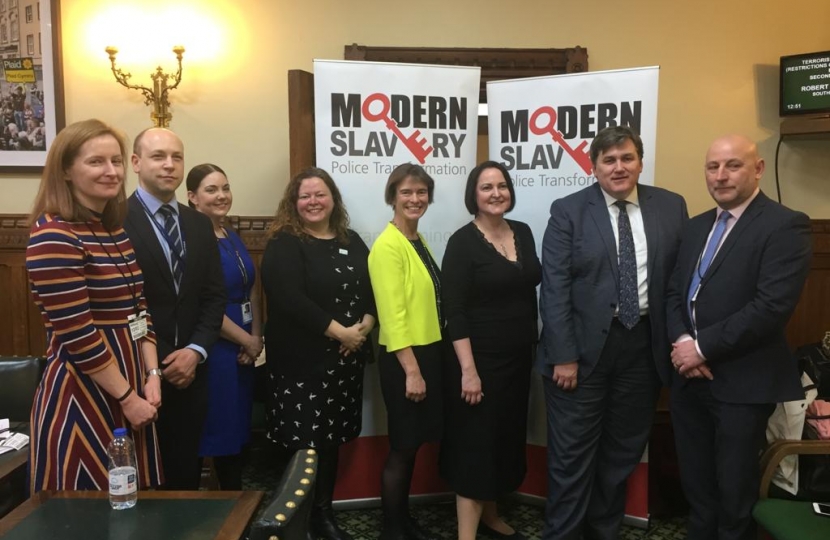 The UK has a proud tradition of providing a place of safety for refugees. Each claim for asylum is carefully considered and where it is found that individuals are in need of protection, asylum is given, with the ultimate aim of helping them to return home if it is safe to do so.

Asylum seekers are allowed to work, in jobs on the Shortage Occupation List, if their claim has not been decided after 12 months through no fault of their own. The current policy aims to strike a balance between being equitable towards asylum seekers, while considering the rights and needs of our society as a whole, prioritising jobs for British citizens and those with leave to remain here, including refugees. The Government is considering recent calls to change the current policy and is reviewing the evidence available.

From the 15 June, the cash allowance was raised by around 5 per cent. It is important to consider that this is significantly higher than general inflation which data showed was 0.8 per cent in the 12 months to April 2020. Indeed, food inflation over the same period was 1.4 per cent.

I know constituents have concerns over this allowance figure. The methodology used for the cash allowance has been recognised by the Courts as rational and lawful. You may be interested in reading about how this works here - https://www.gov.uk/government/publications/report-on-review-of-cash-allowance-paid-to-asylum-seekers.

The Prime Minister made clear the importance that the Government places on ensuring that unaccompanied children who are seeking international protection in an EU Member State can continue to be reunited with specified family members who are in the UK, as well as children in the UK with family in the EU, following the UK’s exit from the EU. It is also important to note that the UK will continue to reunite unaccompanied children with family members in the UK under the Dublin Regulation during the implementation period, processing and deciding all ‘take back’ requests that have been submitted.

The Government made a statement in March that leaving the EU will not alter the UK’s commitment to family reunification for unaccompanied children. This remains the position. At the first round of the negotiations on the UK-EU future relationship, which also took place in March, our negotiating team outlined the UK's proposals as published in the document ‘The Future Relationship with the EU – The UK’s Approach to Negotiations’. In that document the Government has clearly stated its commitment to negotiate a reciprocal agreement in this area. I understand the EU is now considering the UK's proposals.

When people voted to leave the EU, they did so in the knowledge that the free movement system imposed by the EU would end. The Home Secretary has been clear that she has a particular responsibility to take back control and bring an end to free movement once and for all. To do this, the Government has introduced the Immigration and Social Security Coordination (EU Withdrawal) Bill in the House of Commons. This Bill will end free movement and provide the Government full control of our borders for the first time in many decades.

I welcome the Government’s commitment to build a fairer single, global immigration system which considers people based on their skills, rather than nationality and also reflects the needs of our own jobs market. The Home Office has now released a policy statement outlining that it will replace free movement with the UK’s very own points-based system. This new system will prioritise those with the highest skills and greatest talents, including scientists, engineers, academics and innovators.

I have always believed that the new system is more than simply controlling immigration. I am glad that the Government has committed to reducing the overall levels of migration while ensuring we attract the best and brightest from across the world. This process is also about the creation of a high wage, high skill, high productivity economy. This ambition explains why the Government will not be introducing a general low skilled or temporary work route. I welcome this approach as the UK needs to move away from relying on cheap labour from Europe and focus instead on investment in technology and automation.

Over recent weeks we have all seen our NHS and social care services serve the people of our country with distinction and dedication. I can assure you that our new points based immigration system will not just allow but actively welcome a range of health professionals to the United Kingdom. I welcome the fact that the framework for future immigration will provide the flexibility to adapt to changing times and the Government will ensure the health and care service is supported. The flexibility allowed by having our own immigration system is perhaps one of the most important aspects of the Immigration Bill.

I welcome the Prime Minister's announcement that NHS and care workers will be exempted from the Immigration Health Surcharge fee as soon as possible, as a testament to their inspirational work throughout this crisis. I will continue to monitor this issue closely as more details emerge.

The Government has continued to take action to combat these abhorrent crimes by significantly strengthening our laws and introducing new tools to protect victims.

I welcome the introduction of the Domestic Abuse Bill to Parliament and although not selected to speak in the virtual parliament, I did record my speech which you can view here. The Bill will create a legal definition of domestic abuse to provide clarity that domestic abuse can be financial, verbal and emotional as well as physical and sexual and that critically it is about patterns of abuse over time. Measures in the Bill also include the introduction of new Domestic Abuse Protection Notices and Domestic Abuse Protection Orders to further protect victims and place restrictions on the actions of offenders.

A Domestic Abuse Commissioner has also been appointed to stand up for victims and survivors; raise public awareness; monitor the response of local authorities, the justice system and other statutory agencies; and hold them to account in tackling domestic abuse.

It is vital to emphasise that social distancing does not prevent people from leaving their homes in search of a place of safety if they live in an abusive household. I welcome the fact that the Government and the new Domestic Abuse Commissioner are working closely to ensure charities on the frontline receive a share of the Government's £750 charitable support package. In addition, £2 million has been announced to provide technological support for domestic abuse services and £600,000 to allow victim helplines to remain open for longer.

I will continue to examine the Bill in detail as it progresses through Parliament and will work closely with the Government to help pass the most effective legislation.

Commonwealth citizens, like the Windrush generation, are a unique group who have built their life here and have contributed enormously to our country. I do not want anyone to be in any doubt about their right to remain here.

When these people came to the UK they were deemed to be settled in the UK under our legislation at the time. This meant some did not get nor need documentation to prove their right to be here. While the vast majority who came before 1973 will now have documentation that proves their right to be in the UK, there have recently been some cases where people have not been able to get the necessary documentation and have struggled to access public services.

To ensure this can happen as easily and smoothly as possible, the Home Office has set up a new dedicated team to help those people evidence their right to be here. The team will help applicants demonstrate they are entitled to live in the UK, have a dedicated contact point, and will be tasked with resolving cases within two weeks of when the evidence has been provided.

In relation to specific concerns about the report, I understand that the independent adviser, Wendy Williams, has not yet been submitted it to Ministers. I have been assured that once it is available, the Home Secretary will publish her report. I think it is vitally important that the Wendy Williams report is free of political interference.

Protecting women and girls from violence and supporting victims is of the utmost importance. To support this commitment to tackling violence against women and girls (VAWG), increased funding of £100 million has been pledged.

I welcome the announcement at the Queen’s Speech of the landmark Domestic Abuse Bill, and the Government is fully committed to enacting this vital legislation as soon as possible. I will closely examine the Bill when it comes before the House of Commons to ensure that it protects people as effectively as possible.

The Bill will create a legal definition of domestic abuse to provide clarity that domestic abuse can be financial, verbal and emotional as well as physical and sexual, and that it is about patterns of abuse over time. The Bill will also include the introduction of new Domestic Abuse Protection Notices and Domestic Abuse Protection Orders to further protect victims and place restrictions on the actions of offenders.

I am also happy to see that the Government have allocated nearly £300,000 in extra investment to North Devon Council to support domestic abuse refuge services.

I believe we need rules on bringing spouses from abroad into this country and on family reunion. A balance must be struck between the interests of those who want to bring their spouse to the UK and the interests of the wider UK community.

The Supreme Court has upheld the lawfulness of the minimum income requirement for spouse visas, which has prevented the taxpayer paying more and has helped to promote integration. The Supreme Court also agreed that a fair balance is currently being struck between those wishing to sponsor a spouse to settle in the UK and of the wider community.

That said, the Home Secretary has said that these rules will be kept under review and this question will form part of the Government’s approach to our new immigration regime when it is implemented in January 2021.

Thank you for contacting me about providing support for trafficked children.

We must tackle every form of modern slavery, including human trafficking. It is welcome news that Ministers have secured commitments from other governments and institutions, including the United Nations, the Commonwealth and the EU, to tackle modern slavery, and has successfully lobbied for the establishment of the first ever UN Sustainable Development Goal to end modern slavery. The Government is also working bilaterally with priority countries to deepen law enforcement cooperation.

Guardians provide an additional source of advice and support for all trafficked children. A key part of the role includes one-to-one support for those children who lack a figure of parental responsibility for them in the UK. The ICTG regional practice co-ordinator works alongside statutory bodies such as our police, social workers and the wider Criminal Justice System to build a multi-agency approach to the safeguarding of these vulnerable children.

The Government remains committed to rolling out guardians nationally so that more and more children are able to access their rights.