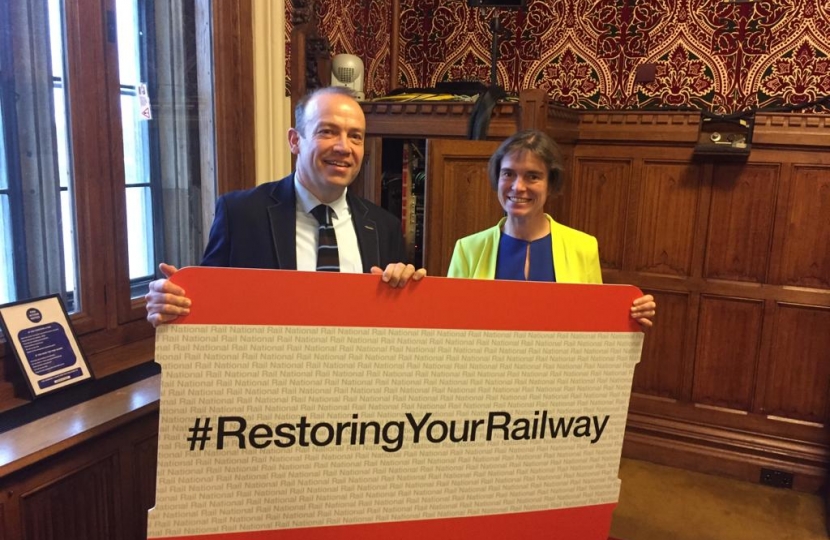 HS2 and the Environment

On the recommendation of the independent Oakervee review commissioned last year, the Prime Minister has given the go ahead to HS2, alongside major improvements to local transport networks up and down the country. I am in regular discussions with Ministers to make sure North Devon gets a fair share of the new investment in transport.

The Oakervee review considered HS2’s environmental impact in line with the Government’s ambitious legally binding target for the UK to achieve net zero carbon emissions by 2050. The review found on balance, taking into account both construction and operation, that HS2 appears likely to be close to carbon neutral, and that it could also encourage people to travel by rail instead of by car or flying.

A green corridor will be created alongside the railway, including the planting of seven million new trees and shrubs along the Phase One route from London to the West Midlands. This is on top of the extensive tree-planting programme the Government has already announced.

Railways should allow people to access education and highly skilled, well paid jobs, and of course enable them to socialise. I therefore welcome that the Government is taking action to bring about much needed change.

From 1st March, the Northern Rail franchise will be taken into public ownership and the Government will begin operating Northern services through the public-sector operator, the so-called operator of last resort (OLR). The franchise system is being reviewed by the Government and all options are being considered to ensure that the railways work for passengers.

The Government is determined to see tangible improvements for passengers and I understand that the Pacer replacement programme will continue. I have been very glad to see that from December 12th of last year, the Barnstaple to Exeter line has received new trains to replace the frankly inadequate, older carriages.

Rail is absolutely key to our economy and we need better rail links in the South West and for North Devon in particular. I have already had many meetings to see what the Government can do to improve our railways and to improve North Devon’s infrastructure more broadly.